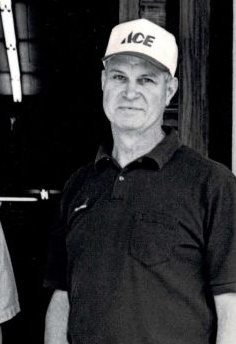 In Memory Of Thomas Whitcomb Meeske

Tom was born to Art and Mabel Meeske in Nebraska City, the youngest of four boys. He was proud to be a lifetime resident of Weeping Water. He and his brother, Gayle, purchased the Meeske Hardware store from their parents in 1974. Together they proudly continued providing personal service in hardware for 83 years.
Tom graduated from Weeping Water High School in 1966 and then attended the University of Nebraska in Lincoln and studied architecture. He joined Sigma Chi fraternity where he developed many long-lasting and loyal friends.
Tom collected antique hardware tools, hardware catalogs, display cases, cars, trucks, and more. He was a storyteller, jokester, tree, and bird enthusiast, and Husker fan. He had a special relationship with children, especially generations of nieces and nephews. In August of 2014, Tom suffered a massive stroke and was unable to return to his home.

Family owned and operated, Meeske Hardware has everything you need when it comes to tools, hardware, plumbing, electrical, mechanical, farm need, lawn care, or other home improvement items! Our friendly, personalized service in un-matched in today’s retail world.

In addition to our quality products, we also offer a variety of services to help you get one step closer to finishing your project.
Learn More

What our customers are saying

If they don’t have it, you don’t need it.
Roy B.
Everyone working there is so helpful ... and, on the off chance, that they don't have something you need in stock, they will get it for you!
Denise H.
If you need it they probably have it. Best hardware store anywhere!
Phil R.
These guys are great at getting what you need and helping figure out projects​!
Becky G.